Let’s start off with some actual facts (as opposed to the ever popular “alternative” facts):

1) A public mass shooting is defined by the U.S. Congressional Research Service as a situation where four or more people, excluding the perpetrator, are indiscriminately killed.

2) American discourse and media analysis after mass shootings generally focuses on possible gun control legislation. Weapons that can fire multiple bullets within a short period of time and are intended for military use is a central part of that conversation, as is the ease of legally obtaining those weapons.

3) American discourse after mass shootings also focuses heavily on mental illness as an explanation for the horrific acts of the perpetrators.

It seems natural to think that anyone who would kill a group of people must be abnormal in some way.  If that were not the prevailing assumption, we’d have to look deeper and that would require a national education on white supremacy, misogyny, the history of constitutional amendments, and violence against women and children.

In an article in the American Journal of Public Health, Dr. Jonathan Metzl and Dr. Kenneth MacLeish of Vanderbilt University astutely show that “notions of mental illness that emerge in relation to mass shootings frequently reflect larger cultural stereotypes and anxieties about matters such as race/ethnicity, social class, and politics. These issues become obscured when… ‘mentally ill’ ceases to be a medical designation and becomes a sign of violent threat.”

Mental illness can play a factor in mass shootings, and is a small component of this perfect storm. The National Center for Health Statistics tracks gun-related homicides, and the data shows that fewer than 5% of the 120,000 U.S. gun-related killings between 2001 and 2010 were caused by people with mental illness. [Source: https://www.ncbi.nlm.nih.gov/pmc/articles/PMC4318286/#bib26.] Metzl and MacLeish acknowledge that “mass shootings represent anecdotal distortions of, rather than representations of, the actions of ‘mentally ill’ people as an aggregate group.”

According to the National Alliance on Mental Illness, approximately 18.5% of the U.S. adult population (43.8 million people) experience mental illness in a given year. [Source: https://www.nami.org/learn-more/mental-health-by-the-numbers.] When we talk about mental illness, we need to be deliberate in our choice of words. Mental illness is an enormous umbrella that covers a spectrum of health conditions including but not limited to anxiety, depression, anorexia, bipolar disorder, substance use disorders such as alcoholism, attention-deficit/hyperactivity disorder, post-traumatic stress disorder, seasonal affective disorder, autism, and obsessive-compulsive disorder. I imagine most Americans personally know one or more people who has had an episode of mental illness or who suffers from chronic mental illness. I’d ask them to consider if many of those people exhibit violent behavior.

Ann Coulter and her ilk have claimed that “guns don’t kill people – the mentally ill do.” This inaccurate and inflammatory oversimplification of an incredibly complicated problem only gives ammunition to those who see sensible gun legislation as a black and white issue, which in turn sets back our national discourse and legislative progress. As a result, American children and adults have bullets ripping through their tender flesh and are lying in pools of blood while gasping for their last breath. Next comes the paralyzing loss and extensive trauma experienced by the family, friends, and communities of the victims, and the reinforcement of a national climate of suspicion, fear, and shared emotional strain.

Anyone with a mental illness who has exhibited violent behavior should not be legally allowed to access firearms; citizens and leaders on both sides of the aisle appear to agree on that (at least in their sound bites). Logically, it follows that anyone who has demonstrated a history of violence should also be prohibited from legal access to guns. Shouldn’t that history include domestic violence, teen intimate partner violence, child abuse, community violence, animal abuse, sexual violence, self-directed violence, and elder abuse? In the meantime, mental illness is being used as a scapegoat for mass shootings, perpetuating harmful stigmatization of the 43.8 million people who live with and work through their health issues annually, and distracting from the overriding problems.

Is it true that our genuine national illness, the pathology of white supremacy, is at the core of modern American mass shootings, entwined in the fabric of the creation as well as the history of the United States? Yes, I believe it does; and does misogyny and rampant intimate partner violence play a substantial role in our shocking number of gun-related deaths? Yes; and are domestic abusers five times more likely to kill their partner if they have access to a gun? Yes; and are 95% of the police officers killed while responding to domestic disputes killed by firearms? Yes; and was a white terrorist who killed 17 people in a Florida school with a legally obtained AR-15 taken into custody unharmed? Yes; and was an unarmed black citizen selling unlicensed cigarettes killed as a direct result of a police chokehold prohibited by NYPD regulations? Yes; and are children having nightmares about going to third grade while their older brothers are afraid to wear sweatshirts with hoods? Yes; and are these factors more central to mass shootings than mental illness? Yes; and do the majority of our elected officials look beyond their NRA campaign contributions to address these injustices? No.

If you want to see a change, help the millions of your fellow citizens who are already working on it. We all need to call, write, picket, shout, and vote. Visit http://www.30guncontrolactionsyoucantakenow.com/take-action/ for specific suggestions.

My dad died in a mass shooting, and now my friend has been killed in Parkland
by Reverend Joe LaGuardia
https://www.tcpalm.com/story/opinion/contributors/2018/02/15/my-dad-died-mass-shooting-and-now-my-friend-has-been-killed-parkland/340875002/

Mental Health By The Numbers
from the National Alliance on Mental Illness (NAMI)
https://www.nami.org/learn-more/mental-health-by-the-numbers

Erin Egloff was born and raised in Lowville, NY, and graduated from Pitzer College in Claremont, CA. She pursued a career in the Los Angeles nonprofit sector for 14 years, and moved to Rochester in 2017 with her husband and cats.  Erin is a lifelong learner who is particularly passionate about intersectional feminism, racial justice, sexual violence and misconduct, education equity, and government transparency. 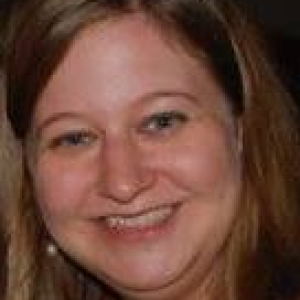