My ego wasn’t at stake at any point. I found a greater sense of importance by being a part of those that were growing.” – Ella Baker in Fundi: The Story of Ella Baker

Ella Baker’s description of herself as somebody focused on being one of the many can easily be misunderstood. As a powerful revolutionary organizer, Baker was committed to upending the culture of individualism and hierarchy, replacing it with real meaningful democratic participation that moves oppressed people from the margin to the center. As a professional woman who had to assert herself in the male dominated mid-century civil rights organizations of the NAACP and Southern Christian Leadership Council, she developed a quiet disdain for male egos and top-down organization. She worked in the civil rights struggle her entire life but never ceased to connect the struggle against white supremacy to the struggles against capitalism and imperialism and the organizational forms that perpetuated oppression and exploitation.

Ella Baker’s family and upbringing in Jim Crow Norfolk, Virginia and Littleton, South Carolina provided a formative foundation from which she developed into a legendary organizer who had tight relationships with a vast network of activists all across the south and east coast as well as a younger generation of activists that looked to her for strategic wisdom and counsel.

As Barbara Ransby points out in her biography of Ella Baker, her mother came from a family of literate landowners and was active in the National (Black Baptist) Women’s convention missionary work, providing for less fortunate black families in the community and advancing the race. Baker’s mother was also trained as a teacher and had a sober and serious demeanor. Ella Josephine Baker frequently told the story of how her maternal grandmother (her namesake, Josephine Elizabeth) refused the command of her slavemaster, who was also her father, to marry a light-skinned slave in the plantation house. Instead she chose Mitchell Ross, a dark-skinned slave who worked in the fields. As a result she was banished from the house and put to work in the fields. Her family’s spirit of resistance and sense of deep connection and obligation to the community and the race was foundational for Baker.

But Ella Baker didn’t stick around her small community of Littleton after graduating from college, instead moving to Harlem in the midst of the Harlem Renaissance. There she met socialists, communists, anarchists and other radicals. Although Ella Baker would always dress conservatively (but with an occasional pillbox hat) and was, like her mother, temperamentally serious, her years in Harlem seemed to help her expand her notion of what was “respectable” from missionary work to savvy revolutionary organizing. At the same time, Baker never ceased to tirelessly provide for those in need in the civil rights movement.

During the 1930s, Ella Baker worked for the Young Negro Cooperative League (YNCL) and the WPA’s Worker’s Education Project (WEP). Working with George Schuyler, an iconoclastic anarchist who later became a conservative, Baker traveled across the United States, helping create black cooperative startups. The YNCL was unique at that time in insisting on women’s equal participation, full participation of rank and file in decision making, and young people’s primacy at the forefront of social change. As Jessica Nembhard Gordon points out in Collective Courage, these would be core organizing principles throughout Baker’s life and would culminate in her work with the Southern Non-Violent Coordinating Committee (SNCC).

While working at the WEP, Ella Baker developed an educational method that was liberatory and constructionist, approaching literacy from the lived reality of student workers and helping them develop critical consciousness about the large societal forces impacting their lives. Of course this pedagogical approach, similarly developed by Paulo Freire in Brazil, would form the basis of the Freedom Schools that SNCC launched during Freedom Summer in 1964.

Ella Baker spent the 1940’s traveling the south working for the NAACP, helping coordinate local chapters’ activity. Her work ethic was daunting; she traveled to four or five communities a week, helping organize and speak to large gatherings and staying up past midnight getting to know the people involved in the struggle. It was in this job that she honed her relational style and developed strong ties with committed leaders in communities throughout the south, people she would later introduce as elders to the young college students who were leading the lunch counter sit-ins and interstate freedom bus rides. Baker later moved on from the NAACP, frustrated with its legalistic approach and leadership’s lack of appreciation for the incredible organizing going on at the grassroots level among its chapters.

After the Montgomery bus boycott, Dr. King and Reverend Ralph Abernathy wanted to spread the movement throughout the south, and they chose Ella Baker as the organizer. Baker stood her ground as a seasoned female organizer in the midst of the ministers’ egos and the patriarchal inclinations of that group. It was while Baker was at SCLC that Dr. King called the young activists together, hoping to absorb them into the SCLC. Baker was tasked with organizing the conference which she brought to Shaw University, her alma mater. Of course she had something else in mind, and SNCC was born.

As Barbara Ransby points out in Ella Baker & the Black Freedom Movement: A Radical Democratic Vision, Baker played a dual role for the young organizers of SNCC, working tirelessly to coordinate logistics and accommodations and functioning as the movement philosopher and Socratic teacher. She asked penetrating questions that helped the young organizers develop issues as well as prioritize and plan strategies and tactics. She also instilled organizational values that she carried with her – a radical organizational inclusiveness that worked against patriarchal sidelining of women (SNCC operated by consensus) and a thorough grounding in a grassroots approach (SNCC organizers deferred to residents of the community. For example, the idea of registering voters came from Amzie Moore, one of Baker’s comrades from her days with the NAACP).

During this time, Ella Baker also worked with the Mississippi Democratic Freedom Party as Fannie Lou Hamer and others, fed up with blatant racist exclusion from the state political party, planned to get seated at the Democratic convention in Atlantic City. Baker connected MDFP organizers with movement and union leaders in the Democratic Party who were sympathetic to the organizing against white supremacy. They lined up votes in preparation for the convention. Ultimately, their organizing was not enough, and LBJ was able to push through a meaningless observer role for the MDFP participants who rejected his offer. Baker, who suspected this would be the outcome, also knew that the experience would help reveal the true nature of the Democratic Party at the time.

Years later, SNCC organizer Bob Moses used the term Fundi for Ella Baker, a Swahili word for somebody who is a master of a craft and teaches and passes the torch. Baker’s influence in organizing continues to this day. It was there in the passage of the recent NYS Tenants Protection Act which was won after a decade of savvy organizing by young people and residents in the Bronx, Queens and Brooklyn, organizing around the principles that Baker encoded into the community organizing profession.

*SNCC veteran Bernice Johnson Reagon formed the acapella group Sweet Honey in the Rock and took the words from one of Ella Baker’s speeches (after SNCC organizers Chaney, Schwerner and Goodman were murdered in 1964 in Neshoba County, Mississippi). The song begins with Ella’s phrase “We who believe in freedom cannot rest.” 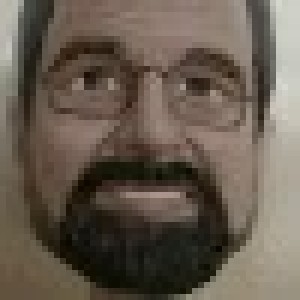