Teaching the Truth amidst attacks on Critical Race Theory

This week I discovered that the Zinn pledge to Teach the Truth amidst attacks on Critical Race Theory. They list all the teachers by city and state and city and then published the list online. Several things went through my mind when I learned this and saw the names of teachers in my city who also signed the pledge. First, I am proud to stand amongst educators who will teach history as it was; not the whitewashed version right wing operatives want people to believe it was. And second, thank god I have a union.

What do unions have to do with teaching critical race theory?

A union? What does that have to do with teaching critical race theory? A whole lot. First, let’s take a moment to acknowledge the racist history of unions in the United States. Like all groups that were and continue to be white-led in this country, racism abounded and still does. See here and here. But in the struggle to imagine and realize a better world for all of us, the only clear path I see to achieving this is a strong and radicalized labor movement, following in the steps of organizers and unionists including Dr. King himself.

In much of the country, unions have been routed out. Only 6% of workers are union members and 28 of our 50 states are considered “right to work” states. AKA right to be fired whenever your boss feels like it. Now we have 26 states with proposed or passed legislation prohibiting teachers from teaching “critical race theory.” According to Newsweek, the legislation defines CRT as:

“the theory that racism is not merely the product of prejudice, but that racism is embedded in American society and its legal systems in order to uphold the supremacy of white persons.”

Teachers should be able to teach the facts

And so, why do I feel such gratitude that I am a union member? And why do I feel a renewed sense of urgency to see teachers across the country commit to unionism in all its radical forms? Because without our unions, as soon as we say something our principals don’t approve of, we are out, fired, done. When racist parents shout at school board meetings about teachers using the classroom to teach facts they don’t want their children to know, we would be fired.

Union teachers with tenure can teach boldly, and truthfully, knowing their job will be safe regardless of who their principal or who the superintendent happens to be. Union teachers with tenure can rest assured that even if they have a racist parent who disagrees with the discussions of systemic racism that are occurring in their classroom, they cannot and will not succeed in getting these teachers fired for it.

Envisioning a system that works for all

Too often we are told that unions and the benefits won by them, such as tenure, are only used to protect bad teachers. We must think about the necessary protections needed for teachers who take the radical step of advocating for racial equity in a society that oftentimes refuses to acknowledge its own deeply racist past and present. Changing the systems of this country rely deeply on educating the masses about the problems themselves. Systemic racism, and all the systems and ways in which it operates, must be taught about. Systemic racism and white supremacy have a way of silencing the individuals that speak out against it. Organizing, unionizing, and mass movements fighting back are the only way to transform this system so that it works for all people.

The only way we are going to protect teachers who answer the call to teach the truth is to support and strengthen their unions. This enables them to do their work without fear of reprisal or termination. The same goes for ALL workers. When you have a fighting union, where solidarity is deeply understood by all its members and social justice is a priority, then you can be confident that we will fight and win a better world for all.

Let’s imagine the possibility of a renewed and radical labor movement. Let’s be ready to stand in solidarity to transform our country into one that lives up to its promises.

Join 540 for a panel discussion about the academic origins of the term and learn what it is and is not. Register today here. 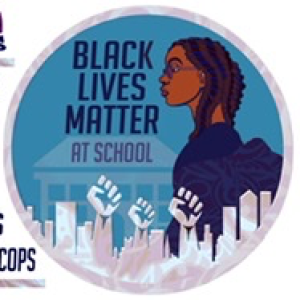