Jo Ann Robinson got a call the day Rosa Parks was arrested. The caller told her, “you have the plans, put them into operation”. She put a plan in motion that included using a mimeograph at her college to copy and distribute 35,000 copies of a call to boycott in less than 24 hours. She enlisted students who delivered the flyers to the community. Without her leadership the Montgomery Bus Boycott would not have been as effective as it was.

The bus boycott is a significant event in the history of our nation but many of the basic facts (and myths) of the bus boycott are overtaught in schools. Jo Ann Robinson’s story helps to illuminate the planning and intention that went into mobilizing a community to initiate and maintain a mass demonstration that lasted more than a year. What is often presented as a spontaneous event is in fact a case study in what it takes to make change and highlights the important role educators often play, behind the scenes, as agents of change.

Born in 1912 in Culloden, Georgia Jo Ann Robinson was the first in her family to graduate from college. She earned a BS from Fort Valley State College and began her career as a teacher. After teaching for five years at the high school level while earning a masters degree from Atlanta University she pursued further graduate studies at Columbia University and transitioned into teaching at the college level, landing at Alabama State College as a professor of English in 1949.

Ms. Robinson became a passionate advocate for bus integration after she was removed from her seat on a bus, several years before the Montgomery bus boycott. It was an experience that deeply disturbed her and put her on the path to becoming a leader and an activist. Three years before the Montgomery Bus Boycott in 1955 she worked with the Women’s Political Council (WPC) to develop a plan of direct action against bus segregation. The Women’s Political Council, according to the The Martin Luther King, Jr.Research and Education Institute at Stanford University, “sought to increase the political leverage of the black community by promoting civic involvement, increasing voter registration, and lobbying city officials to address racist policies.” Jo Ann Robinson succeeded the founder, Mary Fair Burks as the second president of the Women’s Political Council. In 1955 the WPC had 200 members. Jo Ann Robinson was asked to be an officer of the Montgomery Improvement Association but declined a leadership role because she feared it would put her job in jeopardy.

For thirteen months she fought for the integration of buses and risked more than her job to do so. On more than one occasion she was harassed and the governor ended up appointing a state trooper to guard her house. Throughout the boycott she worked tirelessly behind the scenes. Her leadership was instrumental in the success of the boycott.

In an interview in 1979 she named the following when asked what they had accomplished,  “We had won self respect. We had won a feeling that we had achieved…had accomplished. We had…we had…we felt that we were somebody, that somebody had to listen to us, that we had forced the white man to give what we knew was a part of our own citizenship, uh, uh, and so we had won that. And if you have never had the feeling to feel that this is not the other man’s country and you are an alien in it, but that this is your country too, then you don’t know what I’m talking about. But it is a…a hilarious feeling that just goes all over you that makes you feel that America is a great country and we’re going to do more to make it greater.”

I first learned about Jo Ann Robinson while visiting Montgomery in 2018 and looked deeper into her story because I see her story as a model of other educators looking to be agents of change. While it is one thing to be agents of change in our own classroom we must look outside of the walls. It will take more than a night of protest and a few fully packed board meetings to build a lever large enough to move our community and its education system to a more a just and equitable place. Educators must, as Jo Ann Robinson did, organize, strategize, plan, and be prepared for when the moment is right. 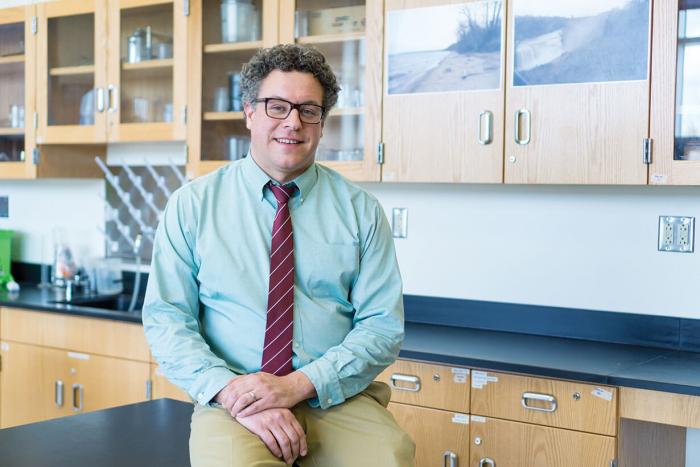 An enthusiastic Rochesterian, Chris Widmaier has served as an instructional coach and science educator in the Rochester City School District in Rochester, NY. for 13 years and was a founding member of the Rochester Regional Teacher Empowerment Network. He received the Teaching Tolerance Award for Excellence in Teaching in 2016. His work as an educator focuses on deeper learning, teacher leadership and student empowerment in and out of the classroom. As a community member he focuses on building equity and opportunity.  He is currently studying at Rochester Institute of Technology in the Saunders Business School with the goal of creating opportunities for everyone to develop deeper connections with their world and those around them.