“This Fourth July is yours, not mine. You may rejoice, I must mourn…

What, to the American slave, is your 4th of July? I answer; a day that reveals to him, more than all other days in the year, the gross injustice and cruelty to which he is the constant victim. To him, your celebration is a sham; your boasted liberty, an unholy license; your national greatness, swelling vanity; your sounds of rejoicing are empty and heartless; your denunciation of tyrants, brass fronted impudence; your shouts of liberty and equality, hollow mockery; your prayers and hymns, your sermons and thanksgivings, with all your religious parade and solemnity, are, to Him, mere bombast, fraud, deception, impiety, and hypocrisy — a thin veil to cover up crimes which would disgrace a nation of savages. There is not a nation on the earth guilty of practices more shocking and bloody than are the people of the United States, at this very hour.”

That is an excerpt of Frederick Douglass’s speech he gave on July 5, 1852, in Corinthian Hall, Rochester, NY. The speech is popularly called, “What to the Slave is the Fourth of July?” He even foreshadowed the inevitability of the Civil War with the line: ““For it is not light that is needed, but fire; it is not the gentle shower, but thunder,” he said. “We need the storm, the whirlwind, and the earthquake.” When our freedom, humanity, and rights were finally codified with the 13th, 14th, and 15th Amendments, Americans still found a loophole in them in order to deny us our rights, humanity, and freedom. Be it Jim Crow, a lopsided penal code, or the numerous ways legislators have found to deny us voting rights, this country often does not feel welcoming to black folks, especially when our national anthem, which will be played a lot on July 4th, has a verse that enthusiastically calls for the death of black folks who dared to escape their bondage to enjoy the freedom that the rest of the country had. Also, it was written by an anti-abolitionist. We should really think about changing our national anthem to something more inclusive. Perhaps something by Big Freedia, but I digress. 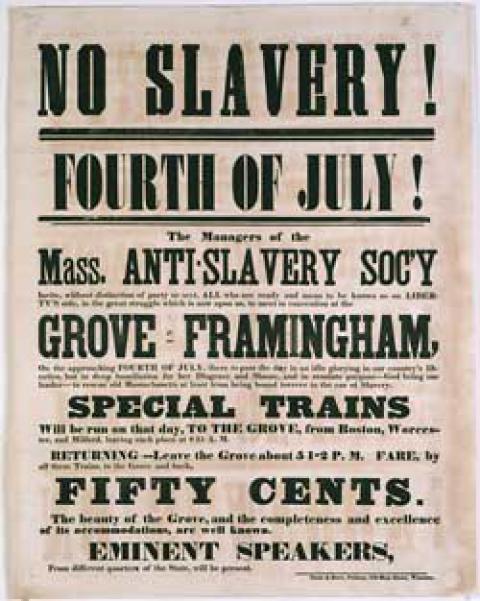 Black folks would like nothing more than to just enjoy the day off, grill a feast, and soak in the summer rays with friends. We need to also acknowledge the truth and history of the holiday, for as with most history, we tend to only focus on the rosy parts as it suits us. As hypocritical as 4th of July is, we need to acknowledge that the unalienable rights of life, liberty, and the pursuit of happiness did not apply to a large part of the population, to include black folks whether in bondage or not, the indigenous folks who have been here, women, disabled folks, and anyone who did not conform to society’s sex and gender norms.

As we celebrate Independence Day, we should acknowledge that we are still fighting for our independence. So long as bathroom bills are still on the books, so long as we separate families and place them in internment camps as they escape harsh conditions in their own countries that WE helped create, so long as we have laws written by men to criminalize women’s bodies, so long as we do nothing meaningful to right the wrongs of redlining, forced segregation, racist crime enforcement laws, Independence day only marks a day of independence for some. Happy Julyteenth.

One thought on “Happy Julyteenth by Chris Thompson”