Selma Burke was born on December 31, 1900, in Mooresville, North Carolina, the seventh of 10 children of Neil and Mary Colfield Burke. As a child Burke’s interest in sculpting arose from her weekly Saturday whitewashing chores with a wash made of local clay. She discovered to her delight, that it could be molded into various whimsical shapes.  When she was a child, Selma would mold the soft clay of the riverbanks into small figures. In the 1920s, Burke became one of the few African American women to achieve fame during the Harlem Renaissance, which brought many black male artists and writers to the nation’s attention. She later taught at the Harlem Community Art Center and founded the Selma Burke Art School in New York City and the Selma Burke Art Center in Pittsburgh. Burke is most famous for her 1944 relief Franklin Delano Roosevelt, which inspired the Roosevelt dime. 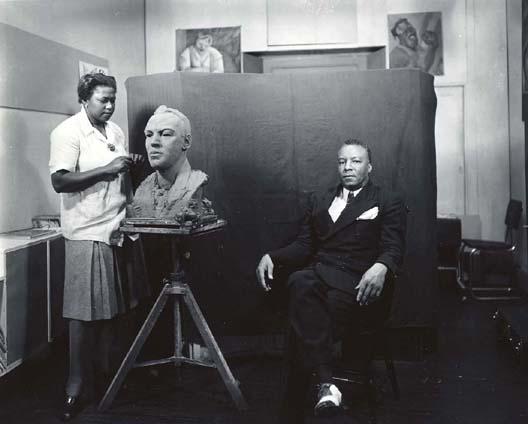